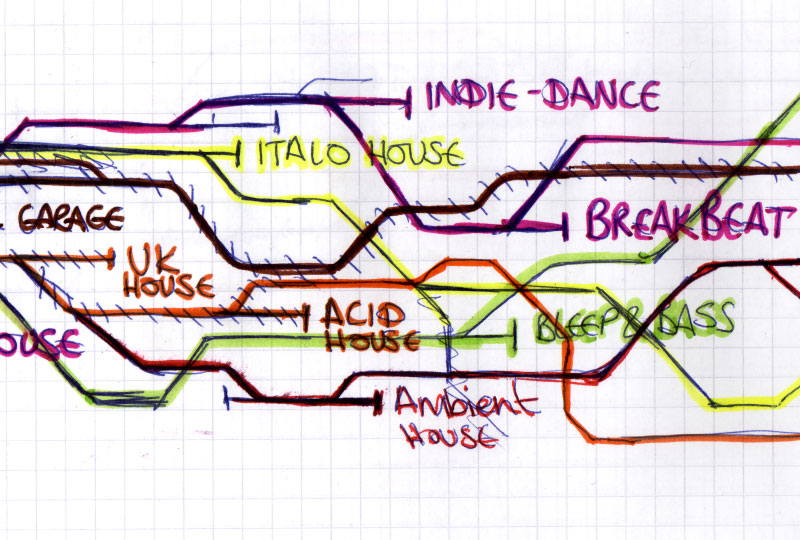 Back in 2001 we were commissioned to create a title sequence for a fascinating three part documentary on the history of house music. The series explored house music from its early days as NY disco to the massive European and International scene it has become, via the major people and clubs who pushed it forward.

It’s still well worth a watch and there are a few links on Youtube. Below is one of the final titles.

The concept for our titles was inspired by the Detroit metro rail map. We spent some time working out a sort of house music family tree and then built a set of time lines, like that of a train line, that the camera would follow to it’s final destination ‘Pump Up The Volume’ the show’s title. Here’s some of the original sketches and a final full length version of the map. (Click on the images below to enlarge)